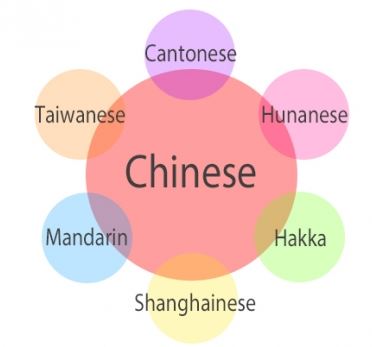 The dominant dialect is Mandarin Chinese which two thirds of China speaks and is the native language for China. This is the most common spoken in China as well as American and is the dialect you most often hear. Even though it is widely spread there are four variations of Mandarin which are separated into the groups of Northern, Northwestern, Southern, and Southwest Mandarin.

A close second to Mandarin Chinese is Cantonese which is also referred to as Yue. This is mostly used in the neighboring provinces of Guangdong and Guangxi which are located on the southern coast of China. Of course there is the main form of Cantonese but does have variations. Most languages are spoken due to their geographical location which is why Cantonese is mainly spoken in Hong Kong as well.

The three others are not as widely known but are extremely valuable. Min Chinese is spoken by over 70 million people geographical located in southeastern China. You will find Min spoken in many provinces and towns such as Fuijan, Jiangyin City, Hainan, and a little in Taiwan. The fourth is Wu which is spoken in southern Jiangsu, Shanghai and Zhejiang. Shanghainese had such a big influence on Wu that it is commonly missed labeled as that dialect. The fifth dialect is Hakka which is more scattered throughout parts of China like in Hunan and Sichan. Hakka is the native language of Taiwan but minority of the residents speak it.

How to start learning Chinese and keep it going